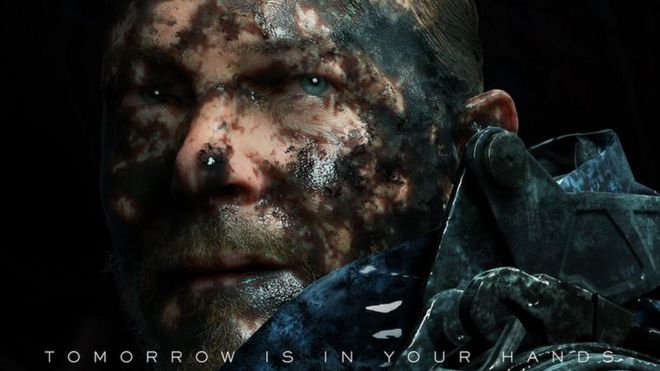 We've been hearing snippets of information about it for years, and now finally we know when we'll be able to play it.

Death Stranding will be released as a PlayStation exclusive on 8 November 2019.

It's the first release from legendary game creator Hideo Kojima since he split from studio Konami and went solo in 2015.

But what is it?

Hideo Kojima is best know for his involvement in Metal Gear Solid - the first game to properly prioritise stealth over fighting, and change gaming as a result.

Death Stranding is the first game produced by his independent software company Kojima Productions, in collaboration with Sony Interactive Entertainment.

Hideo has described it as a "completely new" type of action game.

The game is set in the near future, when mysterious explosions have rocked the globe setting off a series of supernatural events known as the Death Stranding.

With otherworldly creatures plaguing the landscape, and mass extinction imminent, it's up to Sam Porter Bridges to travel across the ravaged wasteland and save humanity from impending annihilation.

There are some huge names involved.

You'll also see The Last of Us actor Troy Baker and Margaret Qualley from The Leftovers, as well as The Bionic Woman's Lindsay Wagner and Oscar-winning director Guillermo del Toro.

What does the creator say?

Radio 1 Newsbeat caught up with Hideo Kojima at his office in Japan in 2017.

He wants the game to be "something that people can get into very easily" - but says "after they play it for about an hour or two they notice something a little different".

"It's something that they haven't played before."

To read the full article by Anna Hodges of BBC use this link https://www.bbc.co.uk/news/newsbeat-48458590